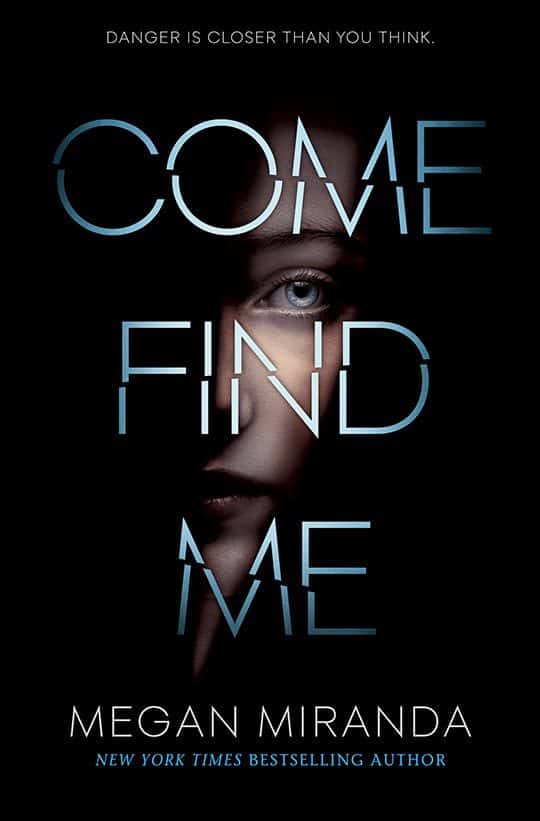 From the New York Times bestselling author of All the Missing Girls and The Perfect Stranger comes a captivating thriller about two teens who connect when each discovers a mysterious radio frequency, which suggests their family tragedies are mysteriously connected.

After surviving an infamous family tragedy, sixteen-year-old Kennedy Jones has made it her mission to keep her brother’s search through the cosmos alive. But then something disturbs the frequency on his radio telescope–a pattern registering where no signal should transmit.

In a neighboring county, seventeen-year-old Nolan Chandler is determined to find out what really happened to his brother, who disappeared the day after Nolan had an eerie premonition. There hasn’t been a single lead for two years, until Nolan picks up an odd signal–a pattern coming from his brother’s bedroom.

Drawn together by these strange signals–and their family tragedies–Kennedy and Nolan search for the origin of the mysterious frequency. But the more they uncover, the more they believe that everything’s connected–even their pasts–as it appears the signal is meant for them alone, sharing a message that only they can understand. Is something coming for them? Or is the frequency warning them about something that’s already here?

“Miranda (All the Missing Girls, 2016) has created a compelling pair of protagonists, filled with heartfelt angst and relentless tenacity. Her latest book for young adults ages the kids from Stranger Things and puts them in Gillian Flynn’s Dark Places for a smart, dark, and ultimately hopeful story of the power of belief.” —Booklist, starred review

Miranda’s exploration of how grief transforms us is realistic and sensitively drawn. . . . Eerie and emotionally resonant.” —Kirkus

“This sensitive and nuanced depiction of grief in all of its forms will surely engross fans of crime stories and family dramas alike.” —SLJ

They say the universe is constantly heading toward disorder, and I believe it. Walls go up, and walls come down. Buildings crumble, governments fall, civilizations collapse. Stars explode.

On and on it goes.

Please don’t think I’m a pessimist. These are just the facts.

I am, truth be told, an optimist. Otherwise I would not set my alarm for after midnight, when I’m sure Joe is sleep­ing, and I would not sneak out the side door behind the kitchen, and I would not bike six miles in the dark to the farmland behind my old home to pull the data from my brother’s radio telescope.

I do all of this, every few nights, because I am an optimist.

I leave my bike at the side of the house, hidden by the wide front porch, the swing creaking in the breeze. There’s still a split-­rail fence from when this place had horses, and a faint scent of hay remains—­something I only really noticed once I was gone. There are lights in the distance, to my left, from the neighborhood jutting up against our property. But to my right, it’s all darkness—­untouchable forest.

There’s no light on the footpath to the old stable, now makeshift observatory, behind the house, and I don’t want to turn on the outside house lights in case someone sees. On the off chance one of the neighbors notices that something’s happening at the Jones House—­and calls Joe.

The night is hot and sticky, and I could really use the air conditioning, a drink of water from the faucet, and the bathroom, in that order. Joe may have cut the TV, the phone, and the Internet, but he can’t shut down the electricity yet—­hard to show a house in the middle of Virginia during June without the air on.

The Realtor must have had the locks changed last week, but she didn’t know about Elliot’s window around back. He’d reconfigured the mechanism when we first moved in so the window tilted in and out, instead of sliding up and down, and he’d sacrificed the locks for the design. So if I used the deck railing, I could reach up and push at the top, and then the bottom would swing open. He was always tinkering with things, down to the smallest detail. Bedroom windows, before he got to radio telescopes.

I feel my way through Elliot’s room, none of the furniture where I remember it. Someone—­the Realtor, I guess—­thought to turn this room into an office. Really, no amount of staging can change what people already know about this house.

Our house has a quirky layout: it was probably designed as a sprawling ranch, with three bedrooms and the living areas on the main floor, but there’s a newer second-­story loft that must’ve been added on after the fact, which now holds a storage area and an entertainment room. It’s where I used to bring my friends, to hang out. But I haven’t touched the second floor since the day I moved.

Walking from Elliot’s room, I wait until I’m out in the hall to turn on the flashlight I’ve brought, keeping the beam away from the windows.

The hall and the living room look much the same as when I last lived here, six months ago—­except all the photos of us have been hidden away. There must’ve been a showing recently, because someone has finally closed the kitchen cabinets. But I smile, picturing a family standing at the edge of the kitchen, seeing all the empty cabinets swung open in an eerie formation, imagining the chill making its way up their backs.

I don’t believe in ghosts. But it helps that other people do.

This time, I decide to mess with everything on the walls. I tip the paintings so they hang at odd angles, and I take a few off the walls, laying them haphazardly along the floor—­so they look like they were knocked down in a rush. I stand back to assess the room. The whole effect is vaguely unsettling, which is kind of the point.

The air feels cool against the sweat on my legs, and I drink the water from the kitchen sink, and use the bathroom attached to my room—­which is nearly empty, as everything of value to me, including the furniture, has been relocated to Joe’s.

In the distance, standing near the window of Elliot’s room, I hear a voice. Even some laughter. I quickly turn off the flashlight and crouch below the window. I already know who it is: Marco, Lydia, and Sutton, probably. I should be annoyed that they still use the land beyond our house to meet up. I should probably feel some sense of propriety, or betrayal. I should want to know why they’re here, on a Friday night, without me. Mostly, though, I just want them to go.

But it’s too late. I hear gravel kicking up as someone jogs toward the house.

I peek out between the curtains, see a shadow near the detached garage behind the house. I can tell it’s Marco from the way he stands with his hands in his pockets, and the way his hair, which I used to love to run my fingers through, sticks up at odd angles.

“Kennedy?” he calls, his voice unsure. He takes a step closer. But not too close.

When I don’t answer, he rocks back and forth on his heels and drags the side of his foot through the dirt. He takes a tentative step forward, and then back, before looking up at the sky as he turns around. He stops moving.

“Come on,” he calls, turning back to the house. “I saw the light. I see your bike. I know you’re in there.” I watch as he shifts from foot to foot. “I’ll just wait you out,” he adds.

But he won’t. He also won’t try to come in. He hasn’t even crossed into the yard.